I remember when I first started playing ARK. I had read about it and it looked amazing, so I snapped it up the first time it went on sale afterward. I was then invited to join OfficialServer40 with my good friend Jan, and it was honestly the first time I enjoyed myself gaming in a long time. I invited Wayne to join us, and we really got going on this game. Until the transfer raids started… We had our base wiped out 3 times in roughly 2 weeks by Chinese tribes that would transfer in, wipe all the lower level players, and transfer back out. At this point, my entire tribe aside from Jan  and Waybe basically rage-quit. This was about the time that Conan Exiles came out, so they all went to that instead.

I couldn’t afford it and neither could Wayne, not to mention all the bugs it had at the time. So instead, Wayne set up a private ARK server for us to play around on. We really enjoyed it and recently went public with our little server & started inviting others to play there as well. We’ve been somewhat ignorant of this duping bug that people have been exploiting until it became so prevalent it permeated under our little rock in Unofficial Cluster Land. 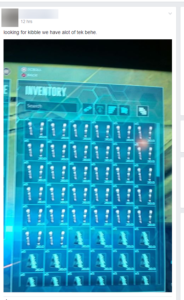 Now I am reading story after story of large tribes exploiting glitches to duplicate items and tames. I’ve seen screenshots of people trying to trade on official servers with inventories consisting of tens of thousands of Element worth of Tek Behemoth gateways. Tribe war videos keep popping up where tribes are going after one another with hundreds of Gigas… impossible numbers of them.

First off, if you can’t play the game by the game rules and have to cheat to get “on top,” you’re as undeserving of that position as anyone who does the same in politics, business, academia, etc. You didn’t earn it, you stole it. You stole that position from someone who earned it. Not only is that dishonorable, it’s lame. It’s like people who use clickbait titles or pictures to get views on YouTube or sites who just want that sweet, sweet ad revenue but are too lazy to generate entertaining content.

This seems to be rampant on official servers, though. I can’t tell you how many time’s I’ve seen the phrase “If you can’t beat ’em, join ’em” as an excuse to participate in this farce. That’s a cop out. Plain and simple. We all have a responsibility to behave honorably. There is no dignity in cheating… even if it’s to beat other cheaters.

I feel that WildCard’s response to this has been underwhelming at best, and they should have done more sooner. I’ve read accusations that they’ve spawned in high-level dinos to deal with duping tribes but it’s never been posted with anything to back it up but random screenshots of Twitter conversations and such with no link and no context, so they’re not enough to convince me. Though they are fixing the exploits, though I fear it may  be too little too late.

That brings me to the point… Officials being wiped. Ugly business, that. It’s a balancing act. Just like in the real world commerce, there has to be a balance. When Zimbabwe tried fixing their economy by printing more money, it threw the whole system out of balance. I’m not going into the whole history because it would take a while and this is the internet so you can find it on your own if you care, but they needed to print currency denominations up to $100 billion (which was worth about $0.35 USD at the end of the crisis when they adopted the USD as their currency…) 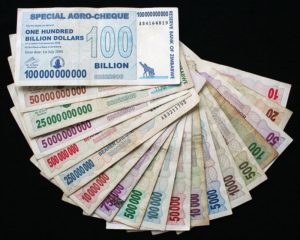 Sorry, I got sidetracked. What was I saying?

Oh… the wipe. Much like Zimbabwe had to RetCon their currency and adopt a foreign one, ARK will have to take drastic measures to get the cheaters off their throne. They can’t just go and remove the duped items because there simply isn’t a way to identify duped vs. legit items. This means weapons, armor, structures, dinos, resources… everything could be duplicated. They also don’t know who is or isn’t doing it. There may be some low-level server logs, but in my time as an admin, I don’t see the game tracking anything like this. This should have been the first thing they added when they found that these bugs existed was tracking for the methods people used to exploit them, but I digress.

At this point, the system is so broken and so much duplicated content exists that there doesn’t seem to be much of an option. Honest players can’t catch up, and new players can’t gain a foothold. The only option I see is to fix the duplication bugs, add server logging to track the methods, perma-ban anyone who exploits these methods, and wipe the servers so everyone starts anew.

It would suck for the honest tribes out there who earned their position, but those tribes are so ridiculously far below the dupers that they will never catch up, even if all the duping is stopped today. But like so many other times in human history (on much larger, more important scales, I’ll add) the innocent majority will suffer for the actions of the guilty minority who just couldn’t play honestly…

We are currently planning on adding new Empyrion, The Isle, and other game servers! Stay tuned for fresh info!

Check us out around the interwebs!